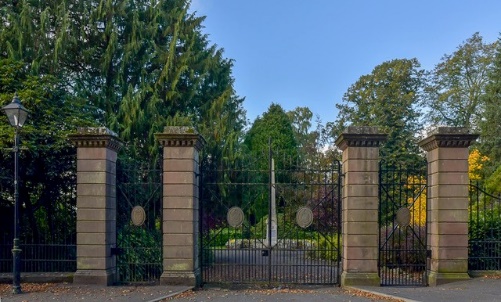 The two central gates bear the Burgh Arms; the left-side gate bears the arms of Sir William Miller of Manderston and on the right-side gate, bears those of John Smyth, dating from the 17th century.

The land on which the park was created was part of the bog that formed a natural defence for the town. The land was purchased in 1891 by Andrew Smith of Winchester, who then gifted it to the town in memory of an ancestor of his.

Sir James Miller of Manderston levelled the entire area, landscaped it and presented the gates and railings to the town. 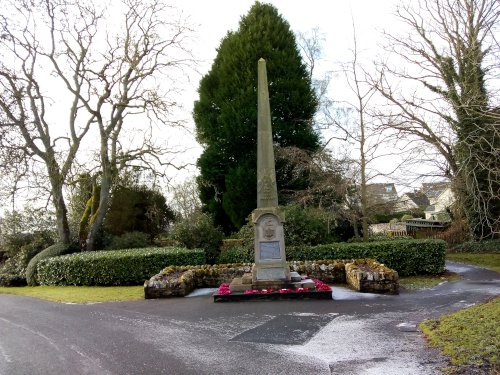 Facing you as you enter you will see the town’s War Memorial in the form of an obelisk. The Burgh Arms are carved on the front of the memorial and the names of those from the town who died in both World Wars are recorded on granite plaques.

Walk to your left for a short distance

Almost immediately behind you by the bushes you will see the John Duns Scotus monument. 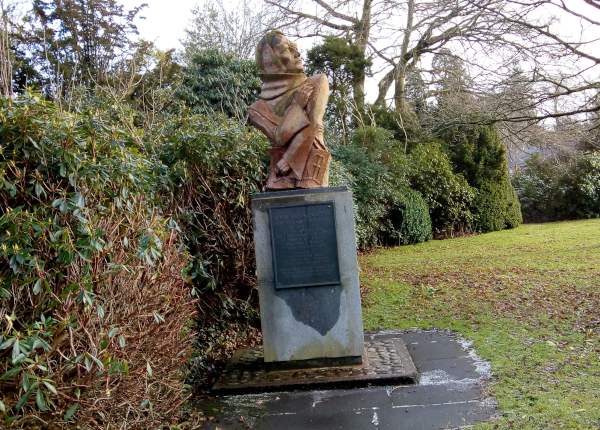 The bronze bust by the German artist Frank Tritchler, is of the philosopher John Duns Scotus. Born in Duns around the year 1266, he became a Franciscan friar and was known as the ‘Subtle Doctor’. The derogatory term ‘dunce’ is believed to have originated as an insult used to describe his followers.

He died in Cologne in Germany, where his tomb can be seen today.

Walk on from John Duns Scotus a short distance and again on your left you will come to The Polish War Memorial. 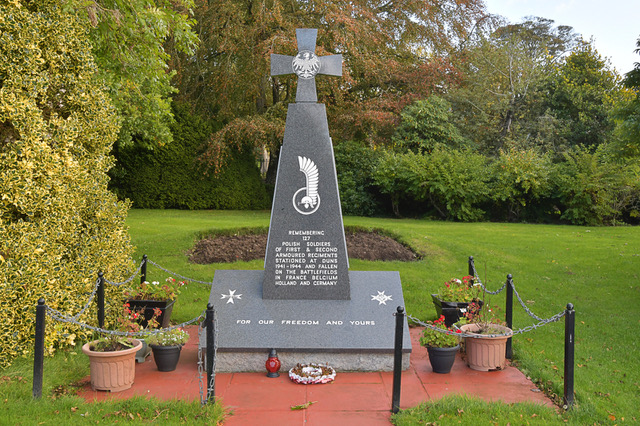 During the liberation of Europe in the Second World War, 127 of the Polish soldiers who died had been previously stationed in Duns. An advanced party of Poles arrived in the town in February 1942 to prepare accommodation throughout Berwickshire for the main body of 15,000 troops. The town played host to the 1st and 2nd Armoured Regiments until March 1944, when they departed for England, to prepare for the invasion of mainland Europe. The memorial was paid for by Polish former soldiers and by the people of Duns. It was unveiled in 1981 by the former Commanding Officer of the 1st Armoured Division, General Maczek.

You will see a further connection with the Poles when you return to the Market Square.

Duns is twinned with the Polish town of Żagań, near which was the German POW camp Stalag Luft III. This was the location of a mass prisoner escape in 1944, immortalised by the book and film The Great Escape. 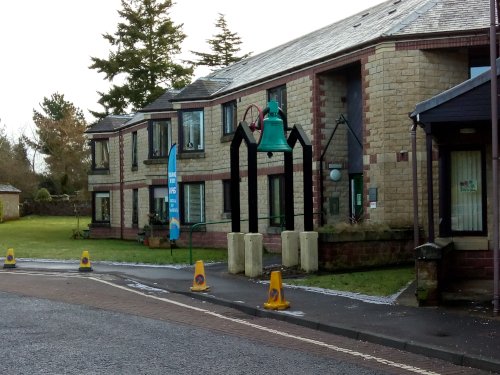 Boston Court Sheltered Housing is built on the site of the Boston Memorial Church. At the entrance you can find the Drumclog Bell, which John Wilson & Son in Glasgow founded in 1892. It was named in commemoration of the Battle of Drumclog in1679 at Strathaven in Lanarkshire. At this battle, Graham of Claverhouse (Bonnie Dundee) was defeated while trying to disperse a large group of Covenanters. The bell was bequeathed by a Mrs Ford in memory of her father Jasper Aitchison, who was a local merchant. The Free Church maintained the memory of the Covenanters.

This sheltered housing complex received an architectural award in 1990.

Walk back into the park past the memorials on your right and bear left with the bowling green on your right. Follow the right fork of the path up Blinkbonnie (meaning ‘pleasant place’) until you emerge into South Street. Turn left along South Street

On your right is Duns Youth Club whose building was built in the early 20th century for the Faith Mission.

Then you will pass a row of shops and houses. On your left, now occupied by the white buildings, No.21 and 23, is the site where a building known as the Skinnery stood. Here hides that were tanned at Tannage Brae were processed.