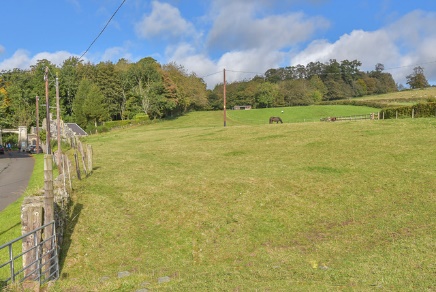 Just past the last house on your right is the entrance to the town’s former reservoir (built in the late 19th century), which is set back slightly from the road.

Also on this side beyond the lane is a field called Tinkers’ Acre. The name derived from the times when travelling people (then known as tinkers) camped here. They were allowed to erect their tents or set up their caravans in this field without fear of being moved on.

Although situated close to the Castle, this land was owned for a time by Charterhall Estate. This was as a result of a wager lost by the Laird of Duns Castle in a card game! 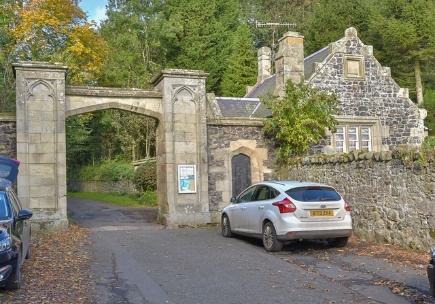 Continue up through the North Lodge Archway