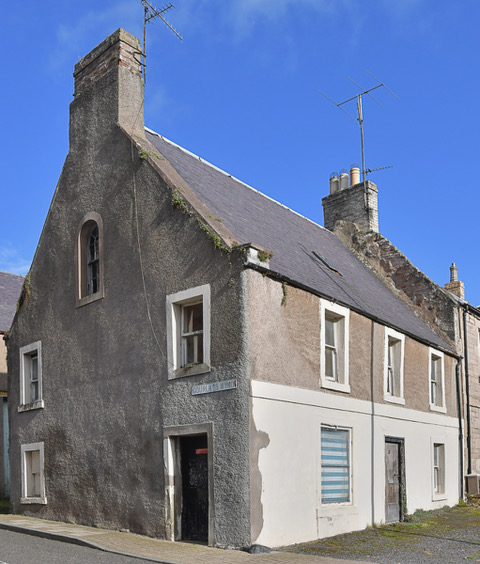 28 Newtown Street, on the left side of the road at the junction with Gourlay’s Wynd, was originally called Clackmae. This is one of the oldest houses in Duns.

This building dates from the 18th century but may incorporate some 17th century fabric. It has very thick walls and a steep roof pitch, indicating that it was originally thatched. Notice the round headed arch window in Gourlay’s Wynd with delicate astragals following the shape. Previously a small grocer’s shop, the house is awaiting refurbishment.

This end of Newtown Street saw traders buying and selling horses in the 19th century.