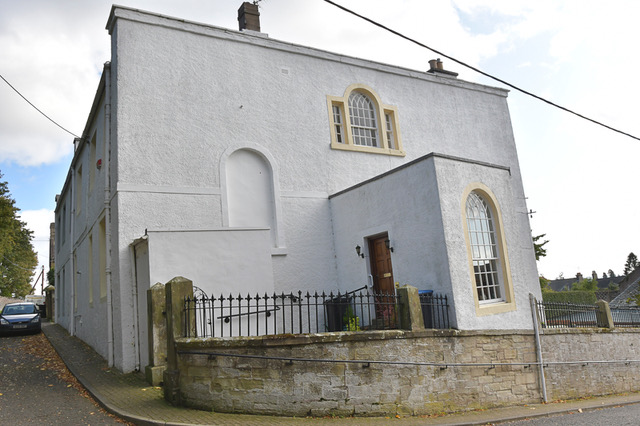 At the top of Gourlay’s Wynd the road turns right and joins Clouds. Nos 13 &14 are on the corner, the latter having obelisk gate-piers. These properties were formerly the West Church. Notice the tripartite window on the first floor and the gothic detailing of the windows.

It was built for the Associate Synod and later became a United Secession Church and then United Presbyterian Church. It was known as the 'Burgher Meeting House' and Gourlay’s Wynd was called Meetinghouse Wynd in the early 19th century.

There was also an Anti-Burgher Meeting House, the East Church, halfway up Easter Street. This building became the town cinema but was demolished following a fire.

Opposite this house in the corner is a gate into Castle Park or Mainsgate Park, where each August the Berwickshire County Show is held.

No. 24 Newtown Street on the left side of the street is the former British Linen Bank. It was built in 1846 by William Waddell. 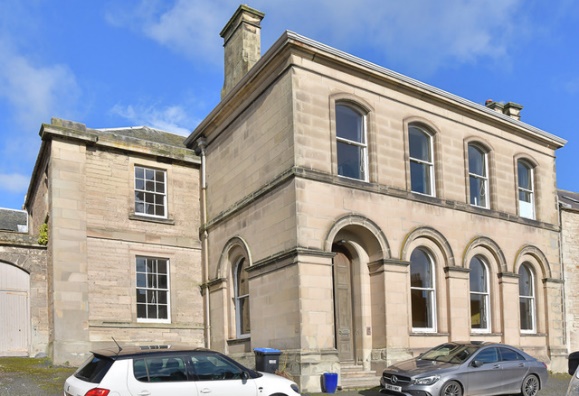 On the opposite side you can see No. 29 Newtown Street 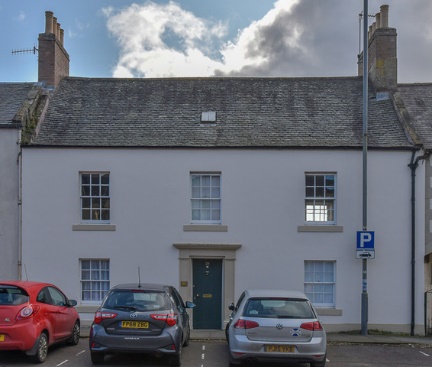 This house with its simple and elegant door-piece was built around 1741 although it was re-fronted and extended in the early 19th century. There is a barn and a stable to the rear of the building.

In 1780, the house belonged to the quartermaster for the 4th Regiment of Horse. 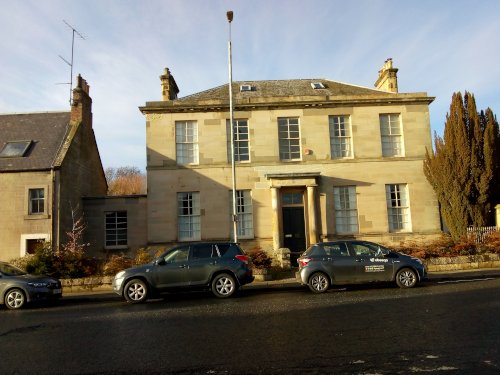 14 Newtown Street, an elegant early 19th century classical villa, faces down Black Bull Street and was built for the Bank of Scotland in 1852.