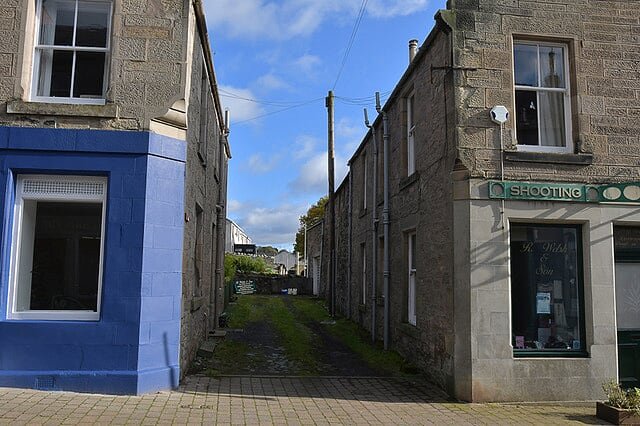 Walk to the top of this part of Castle Street. The alley beside the property on your right was once known as King’s Entry in honour of the visit of King James VI in 1602.

The current house is from the late 19th century and has a crowstep gable facing Castle Street.

The area between the buildings, which is now the semi-cobbled roadway, was known as Parliament Close. This may have been to commemorate the Union of the Parliaments of England and Scotland in 1707. This end of Newtown Street, which you will be crossing, was where the town’s cattle markets were held.

Carry on up Castle Street towards the right-hand bend. Cross the wide Newtown Street with care. There is a crossing island to your left.