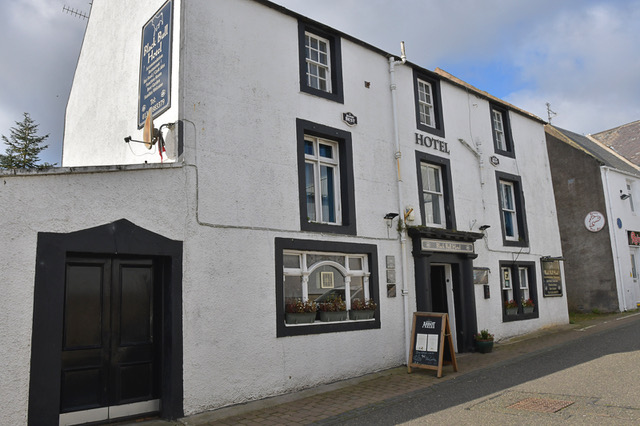 The Black Bull Hotel was built in the early 19th century and has a crude Doric door-piece. Before the branch railway line from the East Coast main line arrived in Duns, stagecoaches served the town. This was one of the coaching inns on the route between Edinburgh and Berwick-upon-Tweed. At one time Duns boasted 26 inns and ale houses, another of which was at the top of Black Bull Street — 'The Hunt' now a private house.

Continue down Black Bull Street to Golden Square. Walk through Golden Square, keeping to your left, and into the south-west portion of the Market Square where it joins South Street

As you come back towards the Market Square you see a statue of a bear in front of you. This is Wojtek.