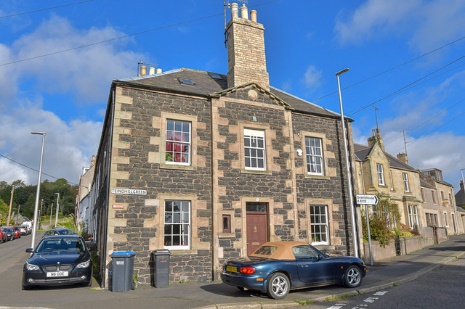 The Ewe and Lamb

On the opposite side of Castle Street is the house 1 Teindhillgreen.

This was once a public house called The Ewe and Lamb. The two-storey house constructed of whinstone with sandstone dressings dates from the early 19th century. Also worthy of note is the blank window with a trompe l’oeil blind and the massive brick chimney stack above the central bay.

Blank windows were used to keep the symmetrical appearance of the building and generally indicate the presence of fireplaces or flues in the wall. 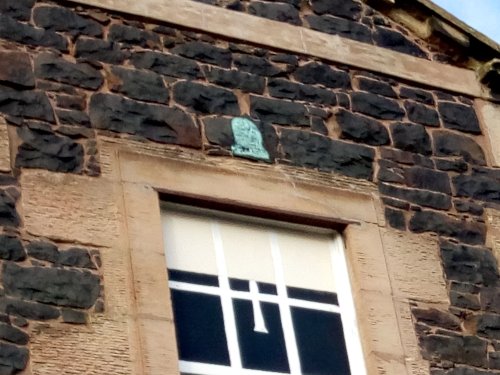 Notice the fire insurance plaque below the triangular pediment. Before a municipal fire service was set up, private companies would only fight fires if the building displayed the appropriate plaque proving that fire insurance had been paid.

This area of Castle Street was where the town’s sheep market used to be held and it was well served with hostelries. Opposite the Ewe and Lamb, on the corner of Clouds and Castle Street was the Cross Keys Inn.

Teindhillgreen, called Back o’ the Manse in the 1800s, leads to the edge of the town and on towards the village of Preston and on to the A1 road.

There are many fine villas along this street, one of which, Cheviot View, was the town jail. Hillside, next door, was at one time the site of a military store for local militia.