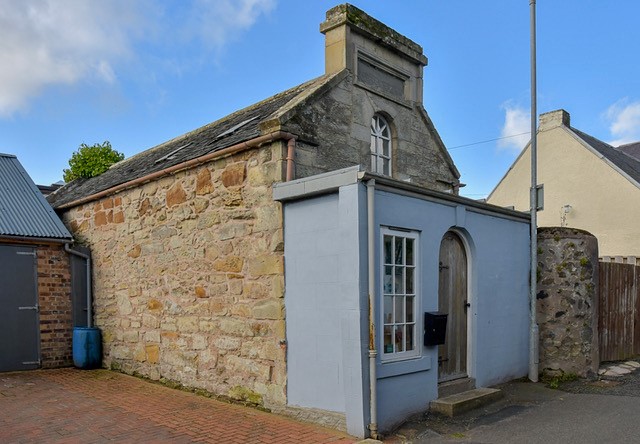 On the right-hand side is Willis Wynd Chapel, one of many former ecclesiastical buildings in the town. This small, classically designed building with a later vestibule to the front was built around 1825 and converted in the late 20th century. It is now a house but was for many years a public toilet!.

Looking to the rear of the buildings of Newtown Street you can see the way each house had a long but narrow strip of land — called a tenement — behind it.

Walk back up Willis Wynd, cross Newtown Street and continue north to the top of Gourlays Wynd